HARARE – The Economic Empowerment Group (EEG), a Zimbabwean empowerment lobby group founded by tycoon Mike Chimombe after he was relieved of his post as Affirmative Action Group (AAG) president, has said Winky D must be banned from performing in Zimbabwe.

The group accuses the Dancehall chanter of dabbling into politics through music, especially the song Ibotso he collaborated with upcoming hip hop artist, Holy Ten.

At a press conference held this Tuesday, the group said Winky D’s music promotes hatred instead of building the nation as promoted by President Mnangagwa in his “Nyika inovakwa nevene vayo mantra.“

The song is from Winky D’s album titled Eureka.

I am a big fan of @winkydonline & @holytenmusic I will not allow them to be bullied by anyone for expressing themselves through music. Freedom of expression is a constitutional right enshrined in section 61 of the constitution of Zimbabwe. I have an ask, pane pavakanyepa here? (did they lie?)

The song speaks about the social ills prevalent in Zimbabwe. It also attributes the hardships faced by the common man in the southern African nation to corruption by political elites “who steal from the powerless masses” (vanodya zvavapfupi nekureba).

The duo has faced persecution to the extent that Holy Ten, born Mukudzei Chitsama, has said he is regretting working with Winky D in Ibotso. He cites the sensationalisation of the song by commentators, mainly journalists, and activists.

Opposition Citizens Coalition for Change spokesperson, Fadzayi Mahere has said “An artist’s social commentary on the state of our society & the lives of citizens is not” hate. She added:

The attack on art is regrettable indeed. We need new leaders.🇿🇼 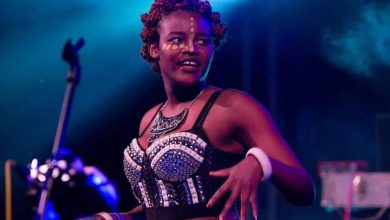