Katsimberis told Zacc that Sharpe’s aide of Russian origin Tatiana
Aleshina was obstructing the course of justice in a case where the businessman is being charged with perjury, an allegation that is being vehemently denied by “powerful” Aleshina.

The property developer and Sharpe, the owner of Pokugara Properties, are embroiled in a multi-layered legal dispute.

Katsimberis is suing Sharpe and his aide, Michael John Van Blerk as well as top Harare City Council officials for perjury and malicious damage to property after the local authority demolished his show house.

They claimed that the houses he constructed on behalf of Pokugara Properties did not have approved plans.

The case is pending before the courts.

In the latest case, Katsimberis accused Aleshina of deliberately supplying false information to public officials, including dragging in the office of the president, contempt of court as well as obstructing the
course of justice.

“It is clear from the letter that pressure was being brought to bear on a witness in an ongoing criminal investigation, which pressure included the direct and intimidatory
statement that those applying pressure enjoyed the support of the ‘government’ and the ‘highest office’ to demand what they were asking for; a withdrawal of ongoing criminal
charges.”

Katsimberis claimed that Aleshina has been interfering with investigations to sway the case against him.

Aleshina denied the charges when contacted for comment by The Standard.

“Those are baseless allegations without any foundation of truth,”
she said.

“They are a desperate attempt to run away from the allegations he is facing.

“We gladly await for results into investigations.”

In a follow-up statement, Aleshina said she never supplied any false information to City of Harare officials.

“I certainly know of no such thing having happened and would be happy to hear what he says, particularly the details as to when and where and how he came about the information.

“Is there evidence, or is it merely a bold assertion?

“The same is true of the contempt of court accusation.

“It is unclear how that would be a matter for the anti-corruption commission instead of the court in question.

“It would be interesting if you asked him (Katsimberis) why anyone would believe him given that he is aggrieved and has already demonstrated to be an unreliable witness.”

Zacc spokesperson Thandiwe Mlobane said the case was being handled by the police.

“What happens is that once it is being handled by a certain arm, we can’t interfere or have counter investigations lest we jeopardise the case”, said Mlobane. 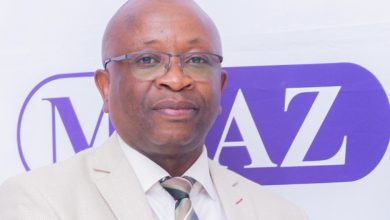 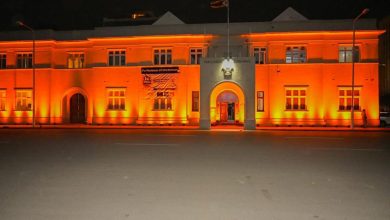